HOME / News / What is Beam Angle and field Angle?

What is Beam Angle and field Angle?

Beam angle refers to the angle between the two planes of light where the intensity is at least 50% of the maximum intensity at center beam. The average beam angle on most par lights is 25 degree and will work well for most purposes.

What is Field Angle?

Field angle refers to the angle between the two planes of light where the intensity is 10% (or less) of the maximum intensity at center beam. This is sometimes referred to a ghosting or spill, it is not considered usable light. The type of lens used in the fixture will usually determine the amount of field angle or spill.  For example, a lens that has a textured surface or frosted coating will create a wider field angle. This is because the textured surface on the lens (or frosting) will improve color mixing, but also diffuses the light and creates softer edges along the beam creating a wider field angle, and more spill.

The following are two of the most common IES light distribution curves: 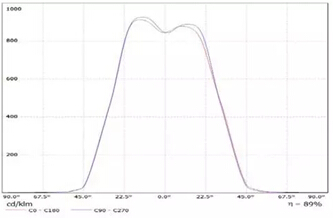 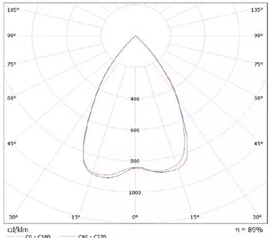 The beam angle of a lamp is the angle at which the light is distributed or emitted. Lamps such as Halogens (and some LEDs) come in a variety of angles from 4 degree to 60 degree with some of the larger halogen lamps up to 120 degree.